“In a year that saw the state of Texas challenged by Hurricane Harvey — with its economic impact felt across the Coastal Bend region and beyond — it is a testament to the resilience of the people of Texas and the diversity of our economy to be named America’s Top State for Business by CNBC, the Best State for Startups by WalletHub, and again the Best State for Business by CEOs surveyed by Chief Executive magazine. Today, Texas leads all states in private-sector job creation, with over 346,300 private-sector jobs added over the last year. New business formation in Texas is at a five-year high, and jobs in Texas are now on pace for the strongest growth in four years. While recovery continues for our families, businesses and communities, it is because of the hardworking people of Texas that the future is so bright in the Lone Star State. ” 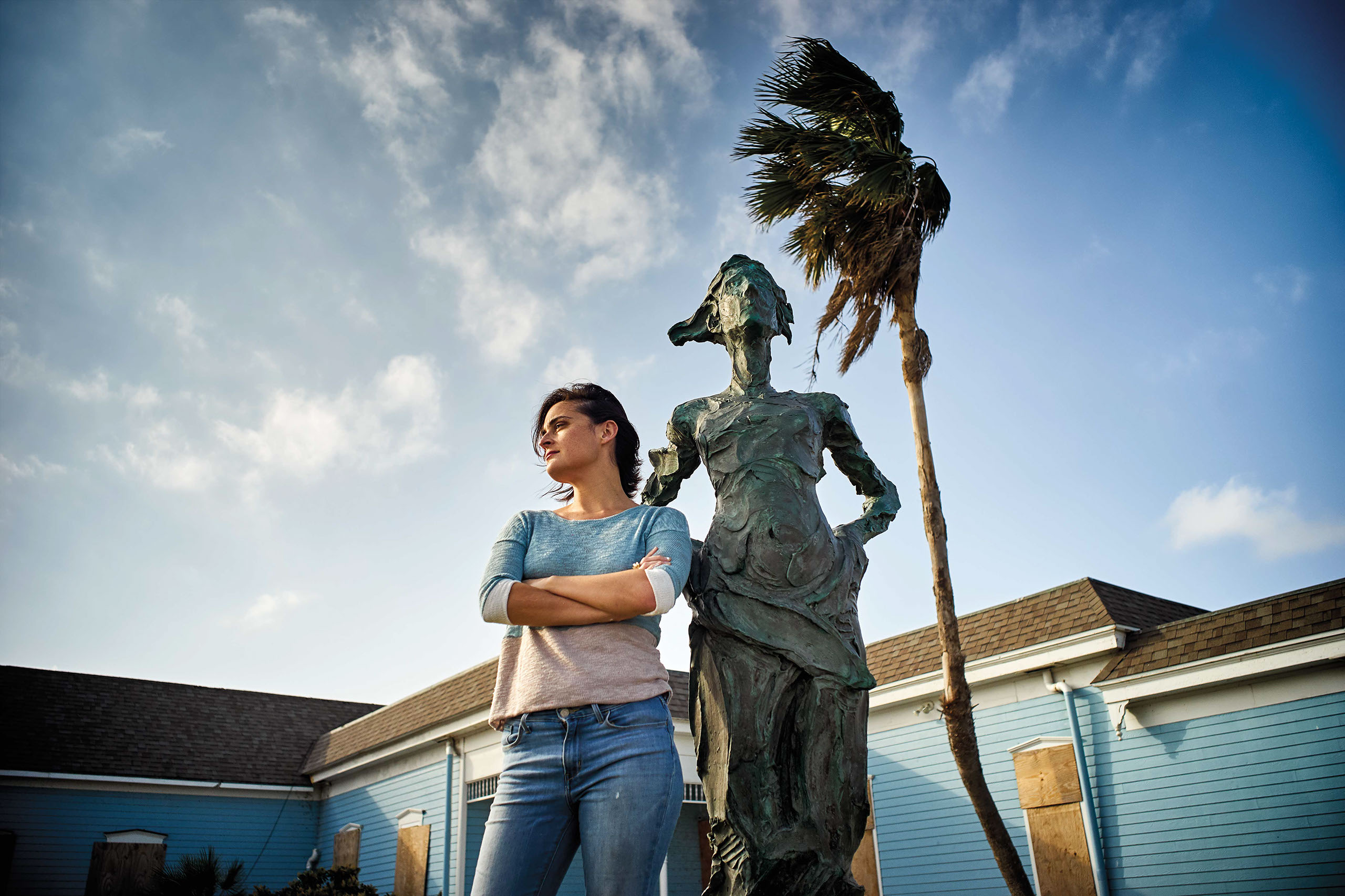 As seen in “Special Report: Texas Coastal Comeback” from Texas Highways: Elena Rodriguez, curator of the Rockport Center of the Arts, stands #RockportStrong in the sculpture garden at the Center’s 130-year-old, Harvey-damaged and now-razed building. With its relocation to Navigation Circle and a $500,000 grant from the Rebuild Texas Fund, the Center is once again a must-see tourist destination with a full schedule of exhibitions underway. (Photo courtesy: Texas Highways)